Hello all, I am proud to share with you a project that we showed to Walter Veltroni (Italian journalist, politician and writer, Mayor of Rome) author of the book “Tana Libera tutti” on Sami Modiano, veteran of Auschwitz. During the conference, the project was very much appreciated. The first scene, in storytelling mode, tells the parts of the book that most impressed the children. In the second scene 8 boys and a teacher interpreted the most significant sentences of the book, retracing the narrative development. The star of David, first covered with snow, is discovered and many butterflies materialize from it: a symbol of the souls of all those people who have suffered the Nazi atrocities. To get this scene we used the lists in which to register the butterfly clones.
I recorded the execution of the scene on the iPad using the built-in functionality in iPad OS without external applications and also getting the audio (a feature requested for next upgrades, what do you think @Stefan @Tamara.Koehler?) . 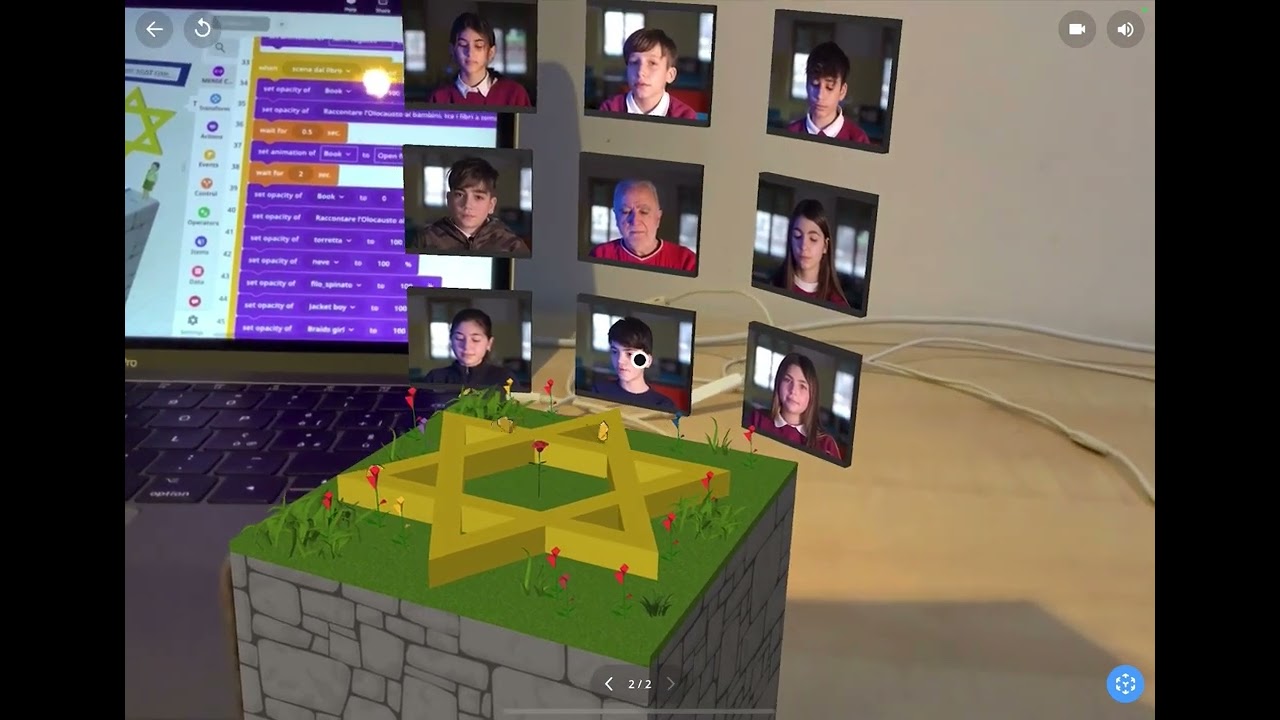 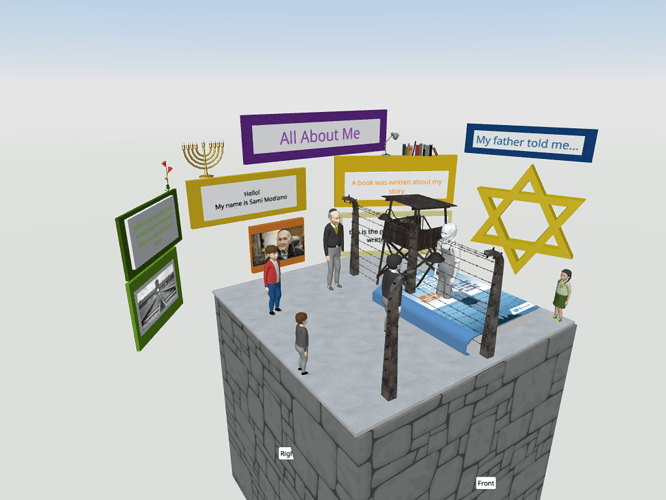 Book review of "Tana libera tutti" by Walter Veltroni: a script about Sami Modiano a child that was locked away in Aushwitz concentration camp

@Coralie I’m sure you will love this

Thanks to @astrid_hulsebosch suggestions (thank you again my friend) we have modified the second scene of this project making it more accessible and above all bringing the eyes of the boys to the fore. We used massively the block getItem into a for cycle for attaching and scaling the videos.
Hope that you like it. 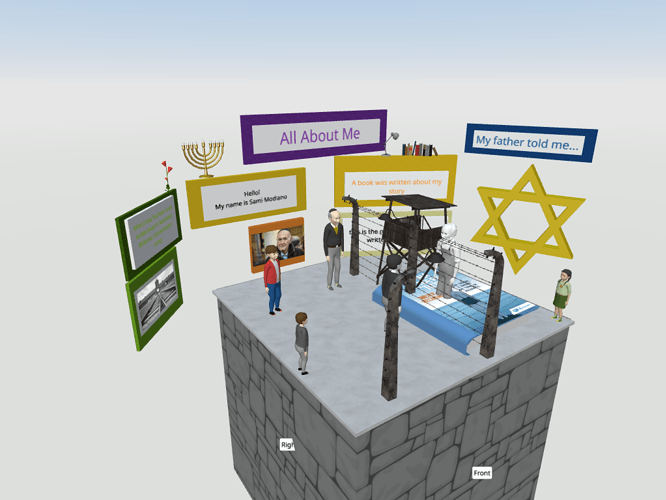 Book review of "Tana libera tutti" by Walter Veltroni: a script about Sami Modiano a child that was locked away in Aushwitz concentration camp

I love the project, Guiseppe! I love how you put the clips together. Is the project shared on cospaces.edu to have a look at the code?

Maybe you could advise me to get started on my project if that is ok. I am putting together something similar for our local historical Cemetery to use it as an educational resource. Could you advise whether I can create some AR experiences beyond the MERGE cube? e.g. pointing to a grave a video clip or a scene emerges or is it only possible via MERGE?
Thank you in advance

Hello @yotad,
thank you for your appreciation; obviously I could not share the project with the possibility of remixing because there are videoclips of my students but I can definitely help you coding your project. From what you say, I think that you can create the projects in 3D environment (without the Merge Cube) and then apply on a sign the QR code of the project so that the visitor can frame it with a smartphone to start the scene in augmented reality. If you have an example of the project please send it so I (we all) could help you.
Bye,
Giuseppe

hello @yotad,
this is the piece of code where we play 9 videos one after the other. Each video has a name consisting of a consecutive number and the extension “.mp4” (so in the getItem function I reassembled the string extension+number). So I recalled the videos in question in a “for loop” that repeats 9 times, I attached them to the placeholder, scaling them 4 times. At the end of playing I brought them back to a scale factor of 0.3 and placed them back in the grid at the bottom.

Hope this helps and I can’t wait to see your project.
Bye, Giuseppe 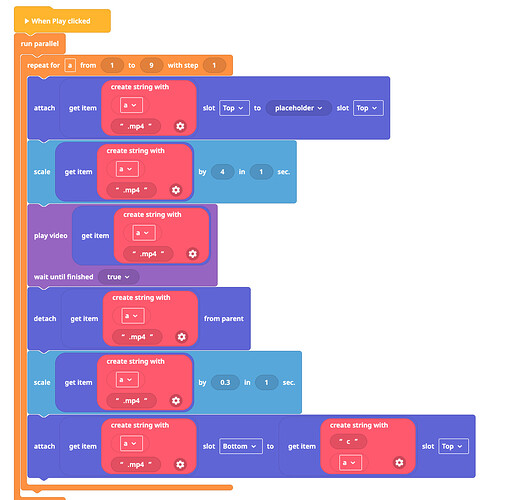