I recently got into CoSpaces and have a lot to learn. I have an astronaut in space who can travel to five planets. However, as the astronaut moves to one planet, the user can click another planet, which prompts the astronaut to change course. I don’t want this to happen. When the astronaut travels to a planet, I want the option of clicking other planets removed from the user, but if after getting to the planet the user decides to go to another planet, I want the options for going to those other planet restored. I’ve had some success with removing options but not restoring those options once they have been removed. Please help!

they easiest way is to remove the listener when the astronaut travels with “Remove when item clicked event from a planet” and return it when he reaches it.
If you want him to have many planet visits, it makes sense to create a function for allowing and disallowing clicks on planet. I made a sample for you with it, feel free to remix and investigate it: 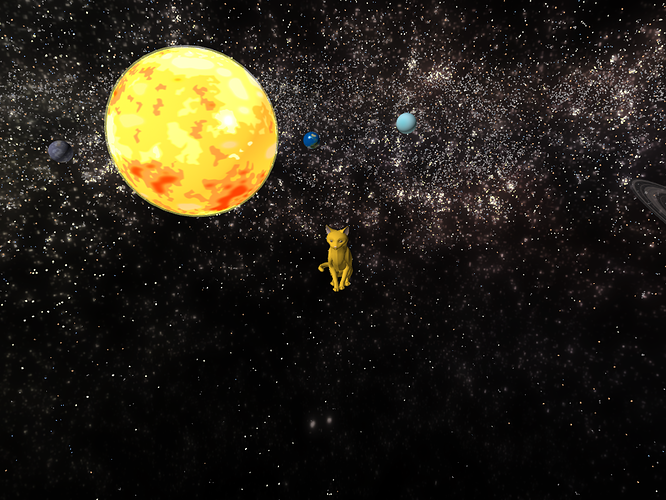 I hope it helps

Could this also work if you set a Boolean (True/False) variable so that the click only works when the variable is True?

Yes, it would work. But when you hover your mouse over the planet, the cursor would change to pointer.
If it is not a problem, then a boolean flag would be easier way of doing it

Thanks so much for the help!