I’ve been working on a little game project that I’ve ran across my own devices and it seems to be running ok, but I would like to hear how it fares on that of others.
Also if there are major bugs, please do tell as they could be caused by timing differences across systems.
Would greatly appreciate the feedback! 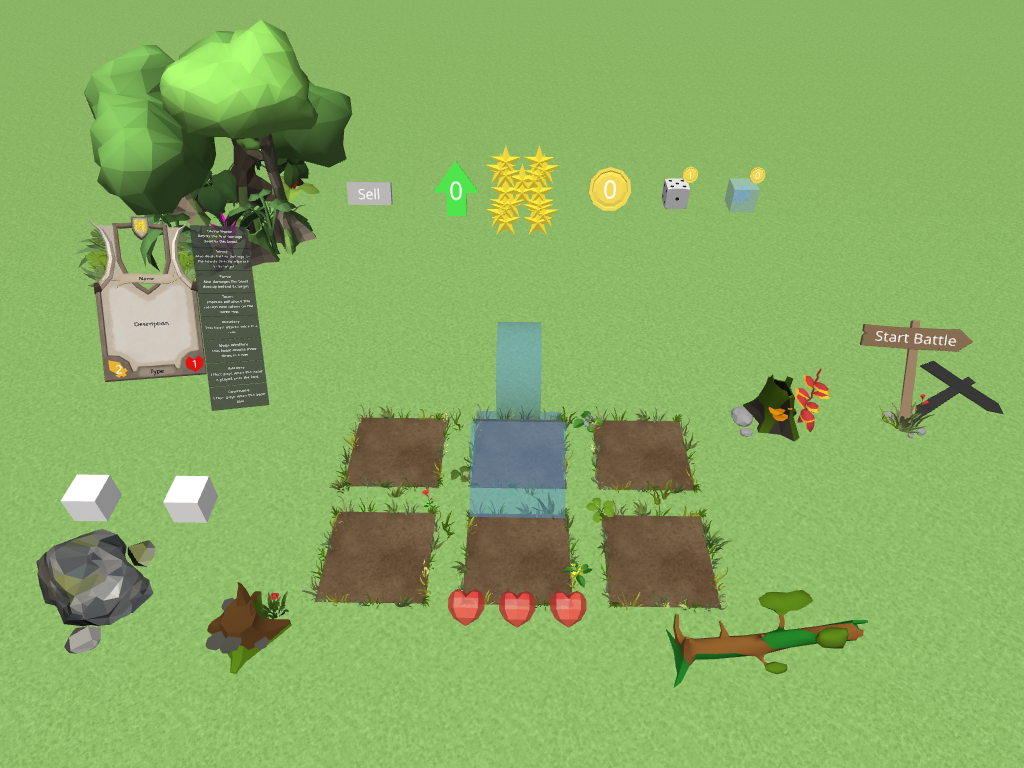 Preview of an auto chess style game i'm working on

I love the setting of the game but I would like more istructions and/ or feedback during the game.
What do you think about this game @Alessio_Bonini @Giuseppe_Schiuma @EdTechnocation

Thank you for mentioning me @astrid_hulsebosch.
The game from the graphical point of view especially in the interface is really very nice (one of the most creative I’ve seen in my year on cospaces) although there is a lot of lag (this could be a problem of my computer). The things to improve definitely over a few bugs are: add a menu and a tutorial as suggested by astrid (the tutorial could be a real game maybe if the player won he get special prizes to start); add a system that allows you to select the type of screen of the player (your game is not entirely playable from a 1:1 screen), if you need a hand to make it contact me because I’m also working on my own game that I should show these days; fix a bug that allows you to use the starfish to get its bonus and then sell it so as to get the bonus for free; add music and lock the camera so that it cannot rotate (for this command I recommend you to take a look at this project made by @techleapnz: CoSpaces Edu :: Camera look at Item - Scripting ). For the rest I think everything is fine, maybe as new features you could insert various events with different rules (and maybe different purposes like conquering an area) maybe trying to decrease the automatic part of the game.

I hope I helped you improve your game which, I repeat, is already very good. @Alessio_Bonini

Thank you @astrid_hulsebosch and @Alessio_Bonini for the feedback. Hm unfortunate to hear that it is laggy for you Alessio, I figured it’d be inevatable that it will run slow on some devices. Is it severely lagging or still somewhat playable?

Also thanks for the tips, tutorial and objectives are coming; The game is not quite finished yet, I am currently working on the enemies and different stages.
The beasts cost 3 gold to buy and 1 gold to sell so the effect is not quite free, in the eventual game gold will reset every round. And you will have 3 (+1 per round) capped at 10 gold to spend every round.

Thank you for the fixing camera tip, so far all of the programming has been using coblocks and I have maxed out on my 9 scripts to run (as the game has I believe over a 1200 lines of code), so unfortunatly I dont think I can incorporate typscript. But still very usefull!
As for the screen dimensions I will certainly look into it, though must admit I already had a hard time fitting all the seperate elements in in the current format

Don’t worry it is still playable fortunally, not so laggy.

@Luc I agree with Alessio. Your game is oneof the most creative games pubblished and very inspiring. So beautiful th thank it would be pity to not give a sincerly feedback. I hope you will find timeto update it a little bit. We are in for the final party game

Let us know when you have completed.

Good call @Alessio_Bonini - I totally forgot about this project, which was a way to prevent camera movement (when in orbit mode) while still allowing you to click on things (as opposed to disabling mouse clicks).

Great HUD interface @Luc! I wonder if you can combine some scripts or turn them into functions/methods, in order to free up some scripts.

One UI solution for improving readability of item powers/details could be to temporarily have those details appear in the middle of the screen, enlarged, with an X to close.

Overall, it’s looking very professional, and I look forward to seeing its development, including sounds!

I’m glad I reminded you of that project, which has been useful to me in almost all the projects I’ve done not knowing how to replicate it in Cospaces.

I also found a way to remedy the slight movements of the camera (caused by the fact that the command is executed endlessly but with a small interval between an instant and another) when you press the keyboard arrows: just enter commands (even empty) when all arrows is clicked. 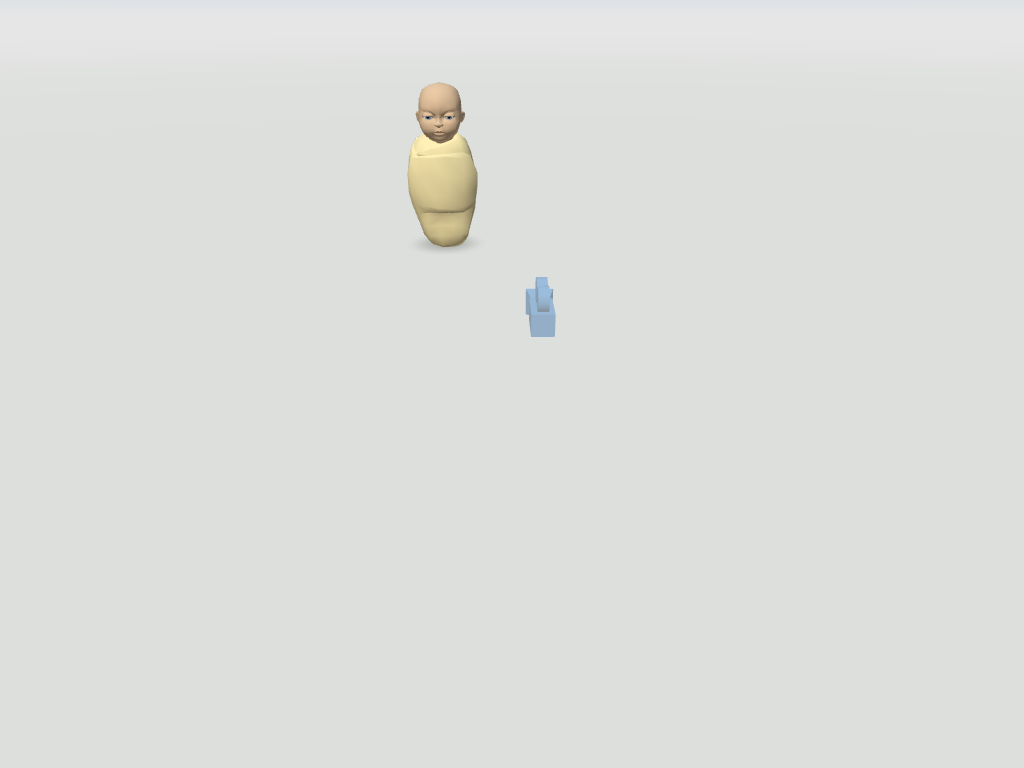 The game is now in a playable state, it has enemies rounds and gold given per round.
That being said however it is not quite balanced yet, If anybody finds time to play the game and would like to give feedback it would be highly appreciated!

Tutorial is not yet added but the basic jist of it is:

You can buy beasts in the shop for 3 gold
The shop will only show beasts of your rank, your rank can be upgraded for gold using the green arrow; This cost decreases each turn.

You can reroll the beast in the shop using the dice for 1 gold, after battle the shop is rerolled for free; If you would like to keep the beasts in the shop for next round you can freeze them using the iceblock for free.

You can play your beasts onto the battlefield where they each have a unique effect.

You and the computer attack from left to right front to back, but target a random enemy; Beasts cannot attack the back row until the front one is empty.

Once a beast is played they can be moved by clicking on the beast and then the dirt battleslot.
A beast cannot be moved back into the hand.

Collecting 3 of the same beasts combines the 3 into a golden version, golden beasts gain all the buffs of your original beasts and have an upgraded effect. What part of the effect is upgraded is indicated by the brackets [ ] in the description.

A tie in battle will result in a win for you, losing a battle makes you lose a heart. Try to make it to stage 20!

Special terms for beasts are also explained next to the card preview.

Again thank you all for the feedback already, and I would love to hear what you guys think!

There is currently a small bug with windfury beasts that seem to trigger a phantom attack of sorts that drals 0 damage, I think I know why and will fix it when I’m back home.