hi there, i am trying to combine 360 photos and 3d objects in a scene. and then to take a 360 photo of the scene. however, the outcome is ‘messed up’ as the 3d objects don’t appear where they appear in editing mode. any idea how to resolve this? thank u for any advice. 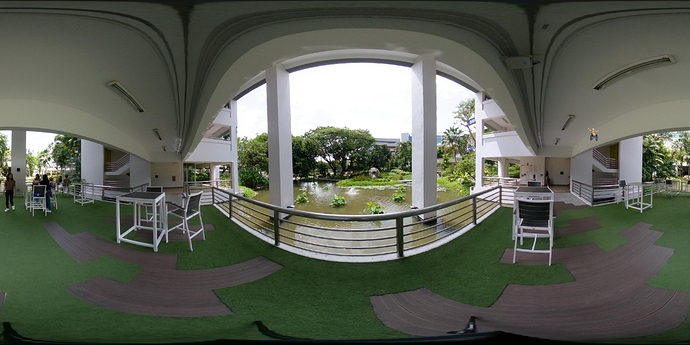 If you want to make 360 image with a correct 3D objects positioning, you should create it from the camera that stands in the centre of the scene.
If you move the camera to centre position (0,0,1.7) and Save 360 Image, you receive the expected result.

I will pass this UX ambiguity to the developers

thanks much for suggestion.

if it’s a pure 3D scene, then the position of 360 camera need not be in center right? thanks!