Overlapping images in Redmi 5 Plus

When I compare the locations of the dots, I find that the dots shown in Redmi Note 5 (the upper one) is closer to each other than those shown in Redmi 5 Plus (the bottom one) as below. 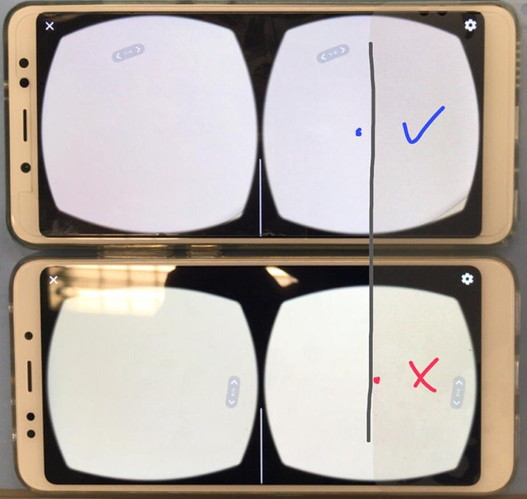 However, when I use Google Cardboard app with Redmi 5 Plus and Redmi Note 5 , I see only one dot through the VR headset and the image is very sharp in both smartphones. There is no problem in focusing and the locations of the dots shown in both smartphones are the same. Anyone please kindly tell me how can I solve the problem (using CoSpaces Edu app with Redmi 5 Plus without overlapping images)? Thank you.